Goal: Collaborate with the Microsoft 365 team to design a new app allowing families to connect with each other while increasing safety for children using Windows devices. Create illustrations for key moments in the experience to bring a feeling of joy and playfulness.

During my time on the Windows Creative Direction team, I collaborated with the Micrsoft 365 Accounts team in building a new app that would allow families to stay connected and improve their experiences with the network of Windows devices. With the app, parents have the ability to set user restrictions, limit device usage, and share calendars (among many other things!)

The challenge of this app was finding a way to make it engaging for both parents and children. Since a few of the primary functions are to give the parent more oversight into their child's digital life, it was important that we presented the features in a way that didn't feel invasive or overbearing. The voice used in the app is personable, friendly, and straight to the point. We want to make their lives easier, and the app itself is designed to reflect that in each step.

One way that we made the app feel postive for younger users was by incorporating illustrations that would spark joy when interacting with it. I created a library of imagery that felt imaginative and relatable, using the Fluent Illustration System as a foundation. Once the direction for the app was complete we applied the design language to the Family Account webpage as well. 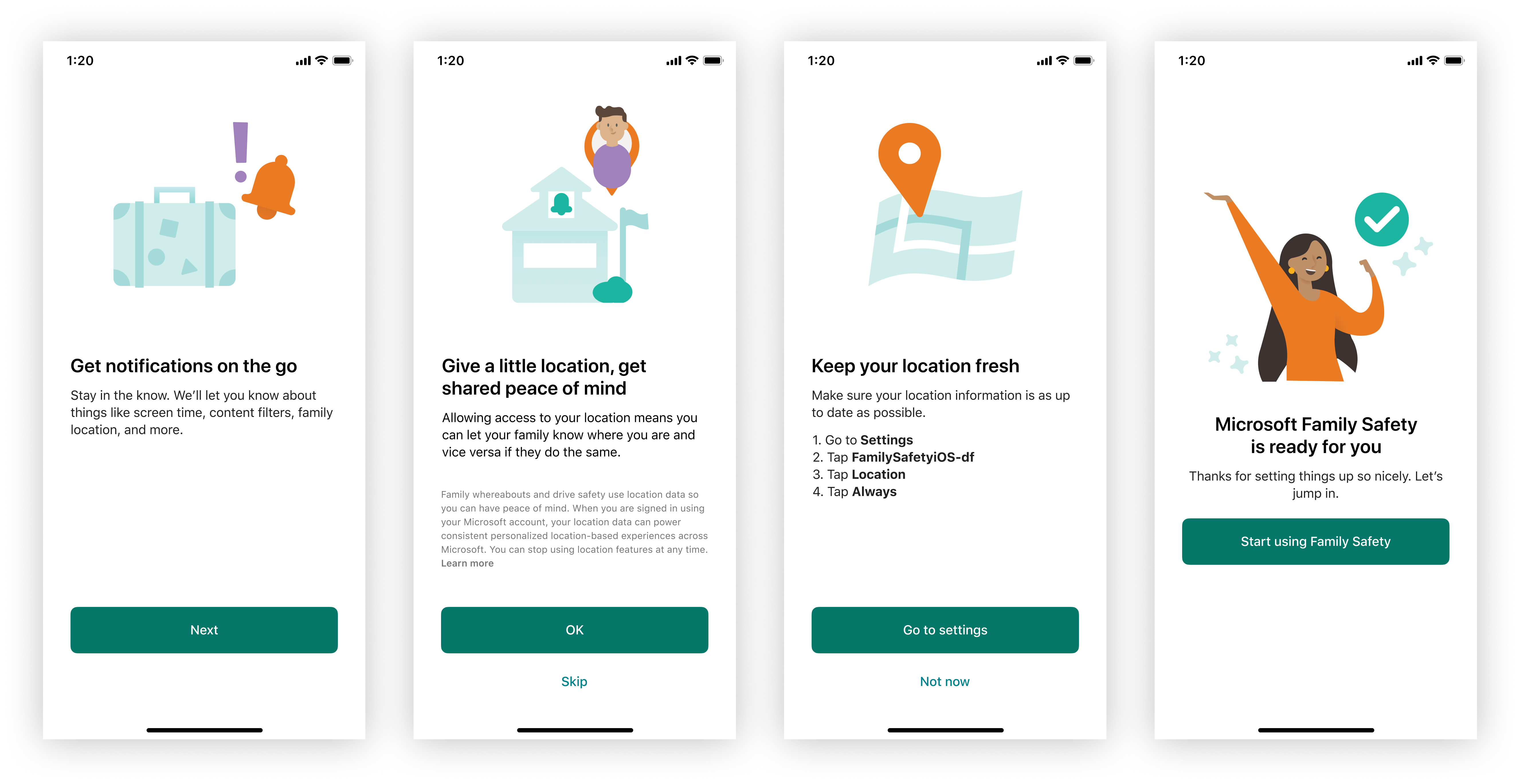 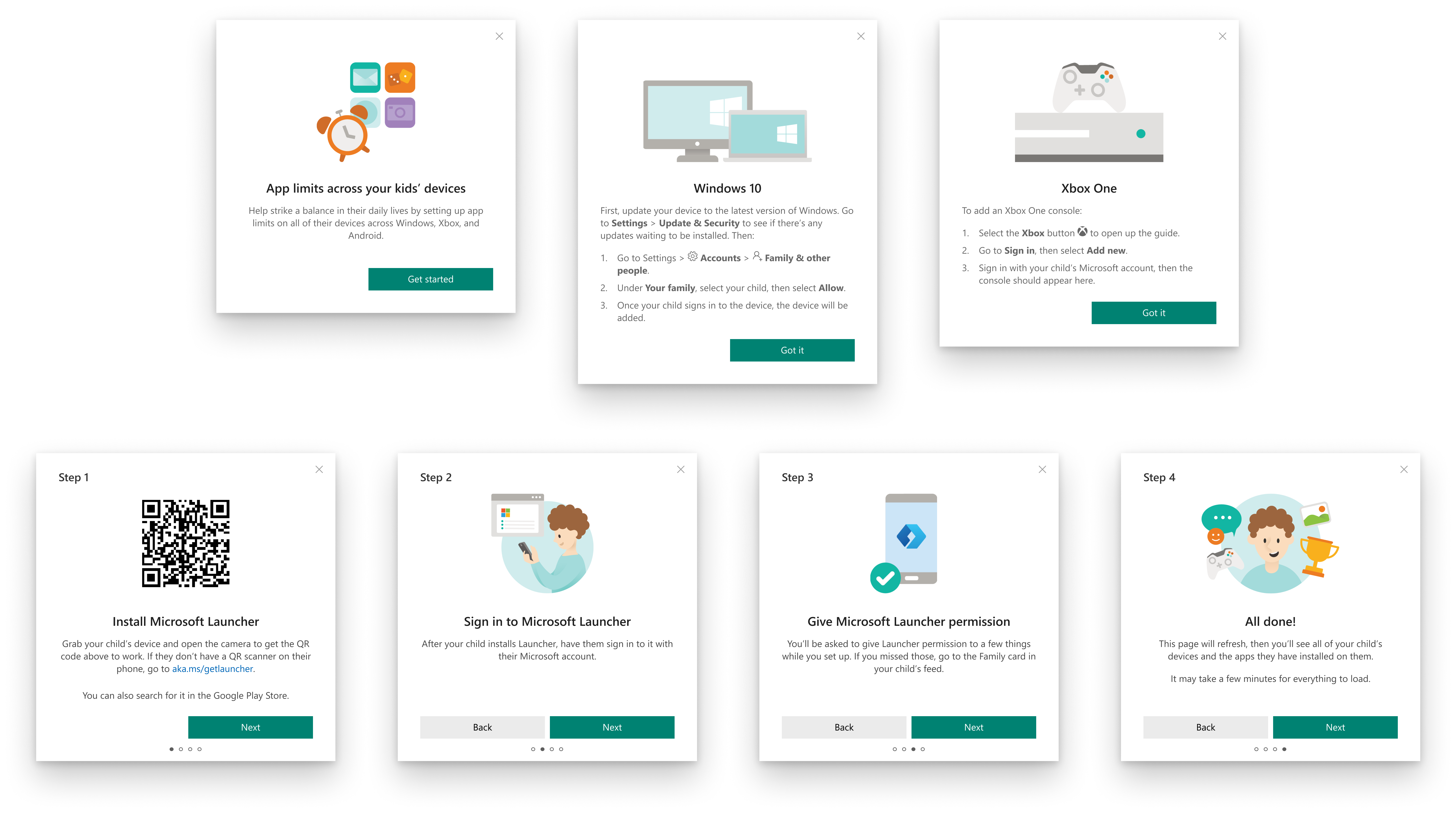 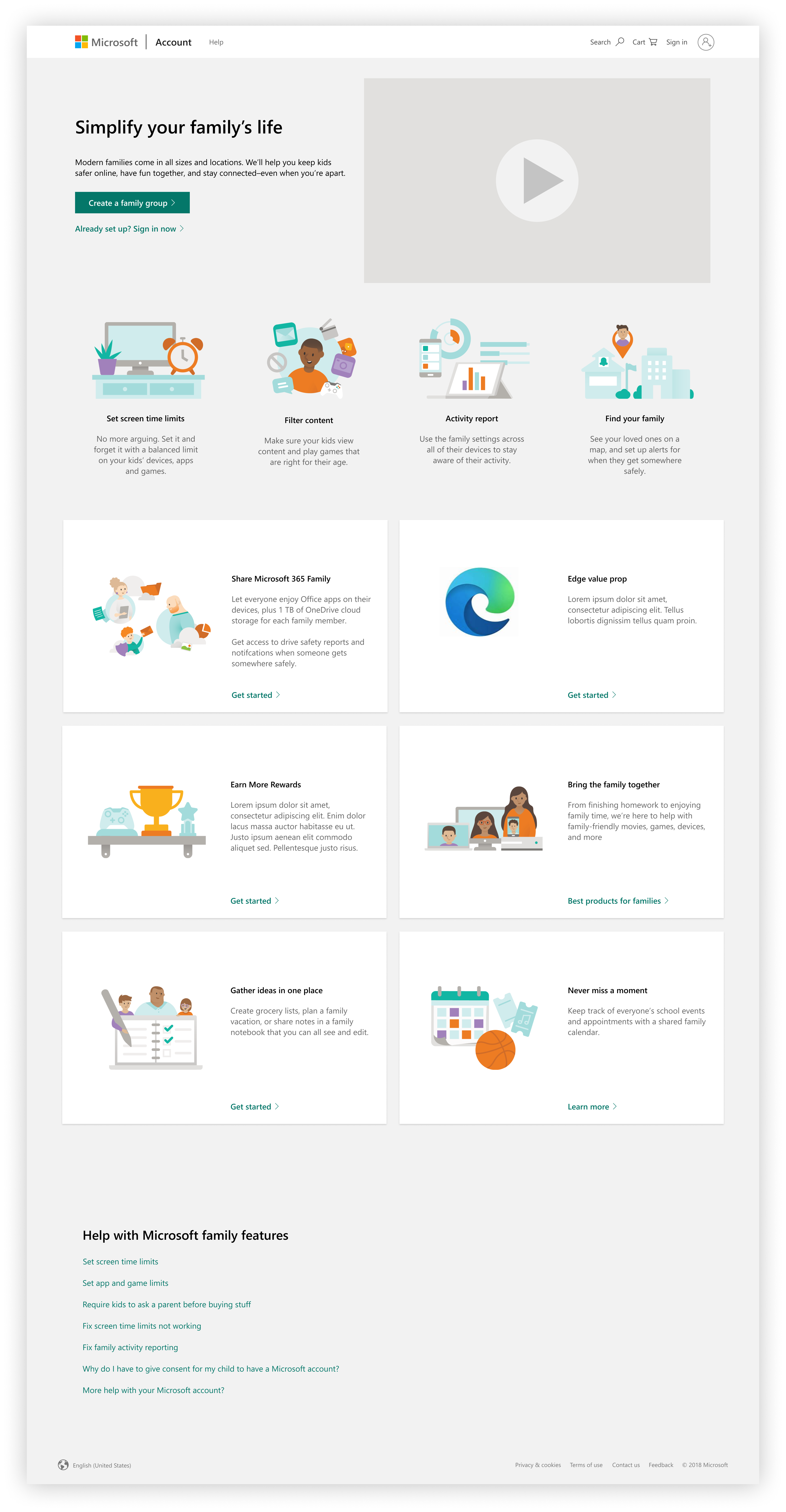 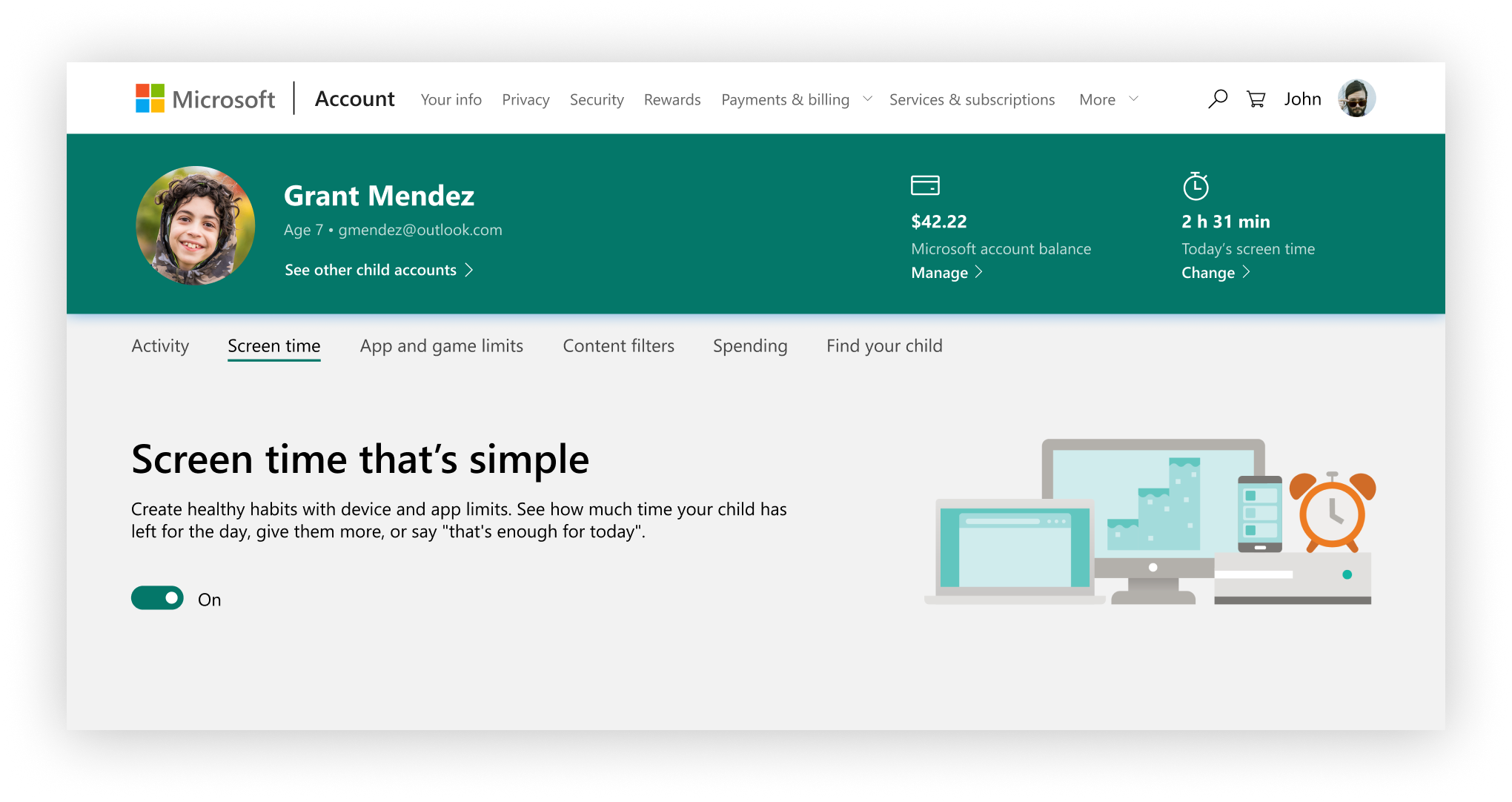 When deciding which direction to take the new app, I explored several options for the illustration style. Since the app is a Microsoft product, it was important to use the Fluent Illustration guidelines as a jumping off point, keeping the new imagery cohesive with existing products. There was flexibility to explore aspects such as metaphor, mood, and color palette but overall the techniques for drawing people and objects are the same.

Because the audience included children, I decided to use a bold and saturated palette as opposed to the more muted grey tones found in productivity applications such as Word or Outlook. I also used more whimsical metaphors, aiming for an "imaginative" overall mood. My inspiration was Pixar, where they successfully acheive that feeling while still appealing to all ages.

I presented two options to the team. The first direction used people in order to convey emotion and warmth. The second direction focused on common objects rather than people to represent the users' lives. In the end we chose to combine the two, using people in key moments such as the First Run Experience, and objects in small areas of the UI such as the Drive Safety Rating.

In addition to the directions for the overall app, I also expanded the Fluent Illustration library to include children and teens while also building "family combinations" that we could draw from in the future. It was important to me that this project was representative of the world's diverse range of family types, and the combinations included here are only a select few of the many I created. 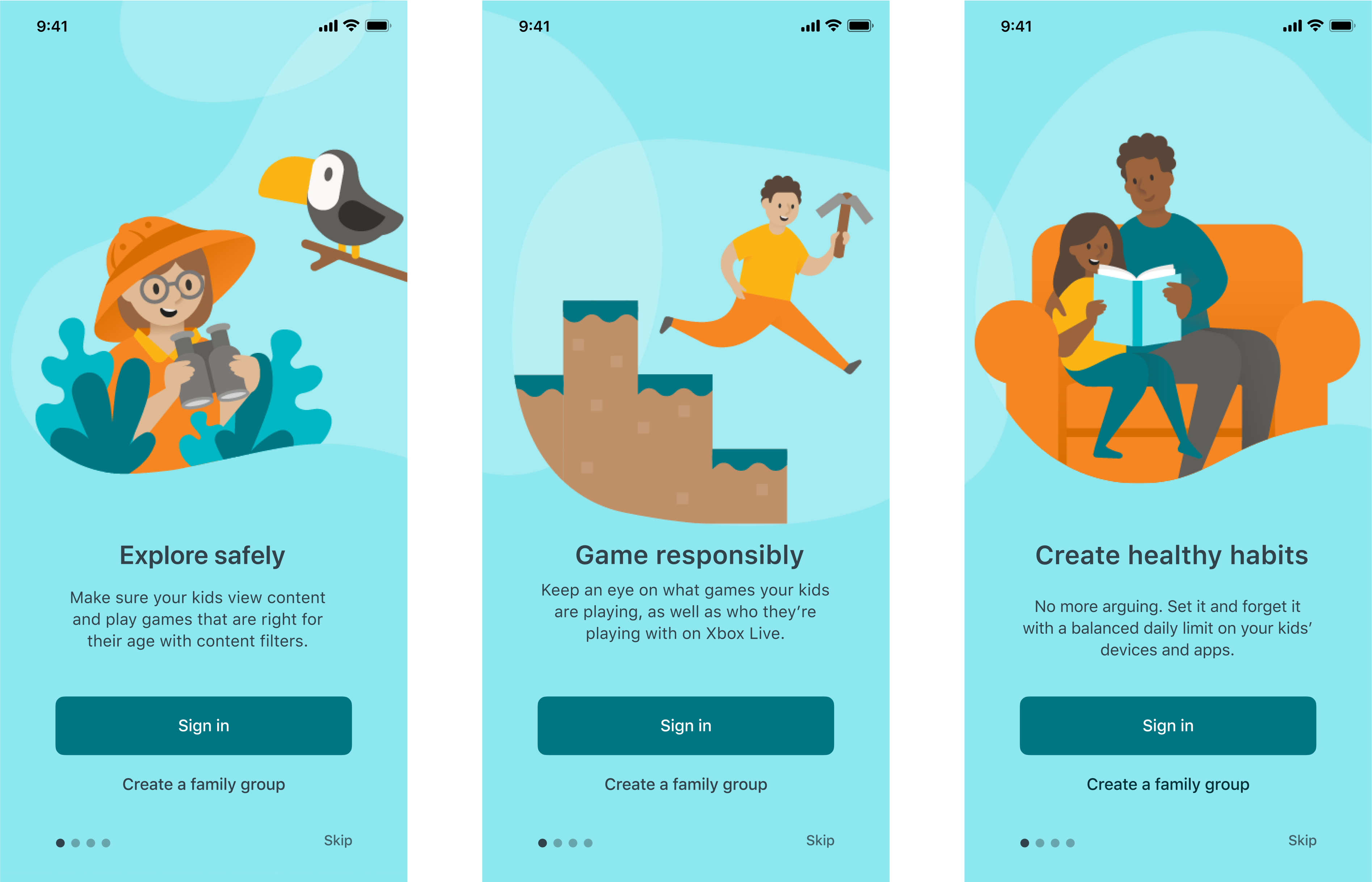 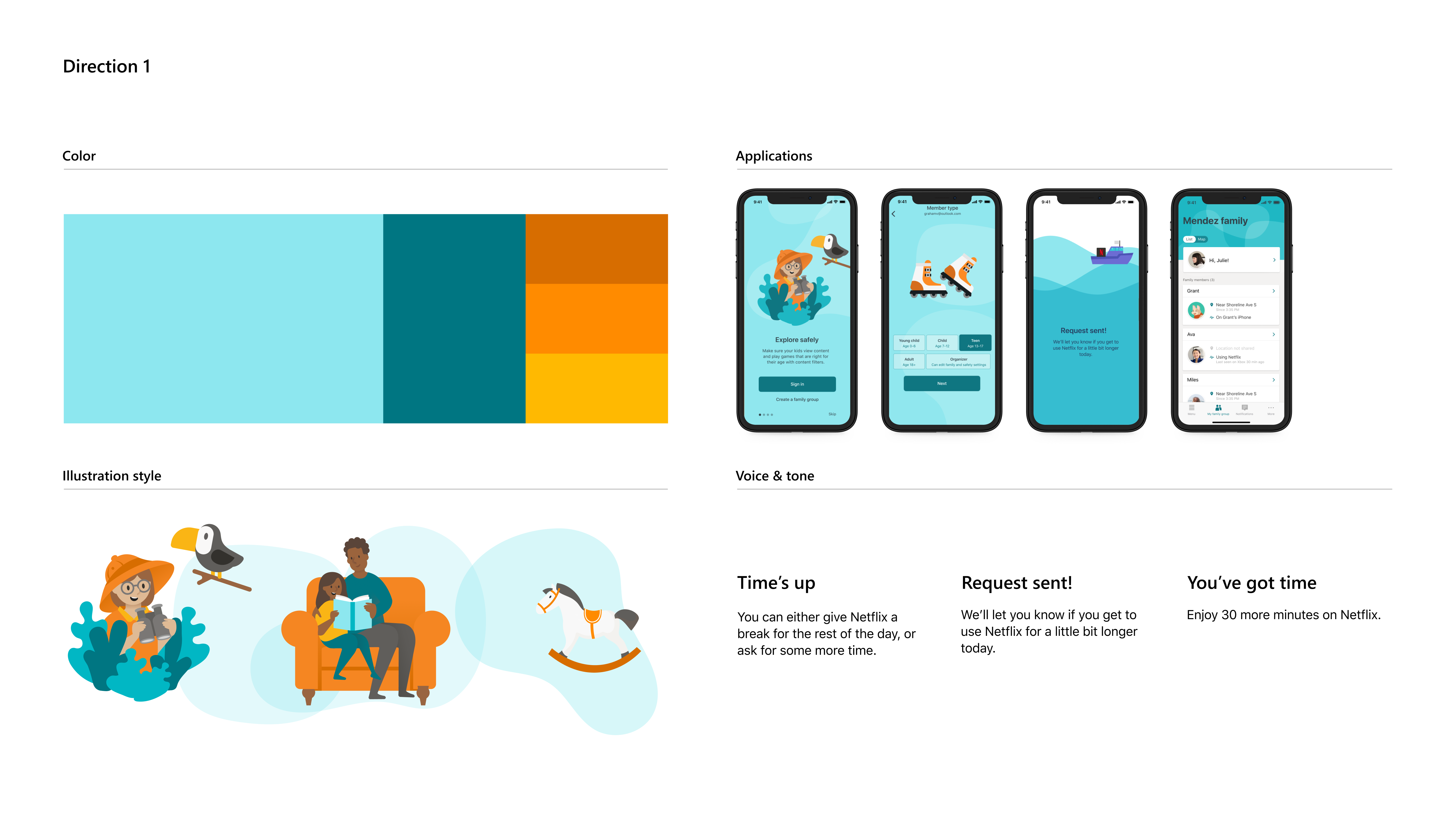 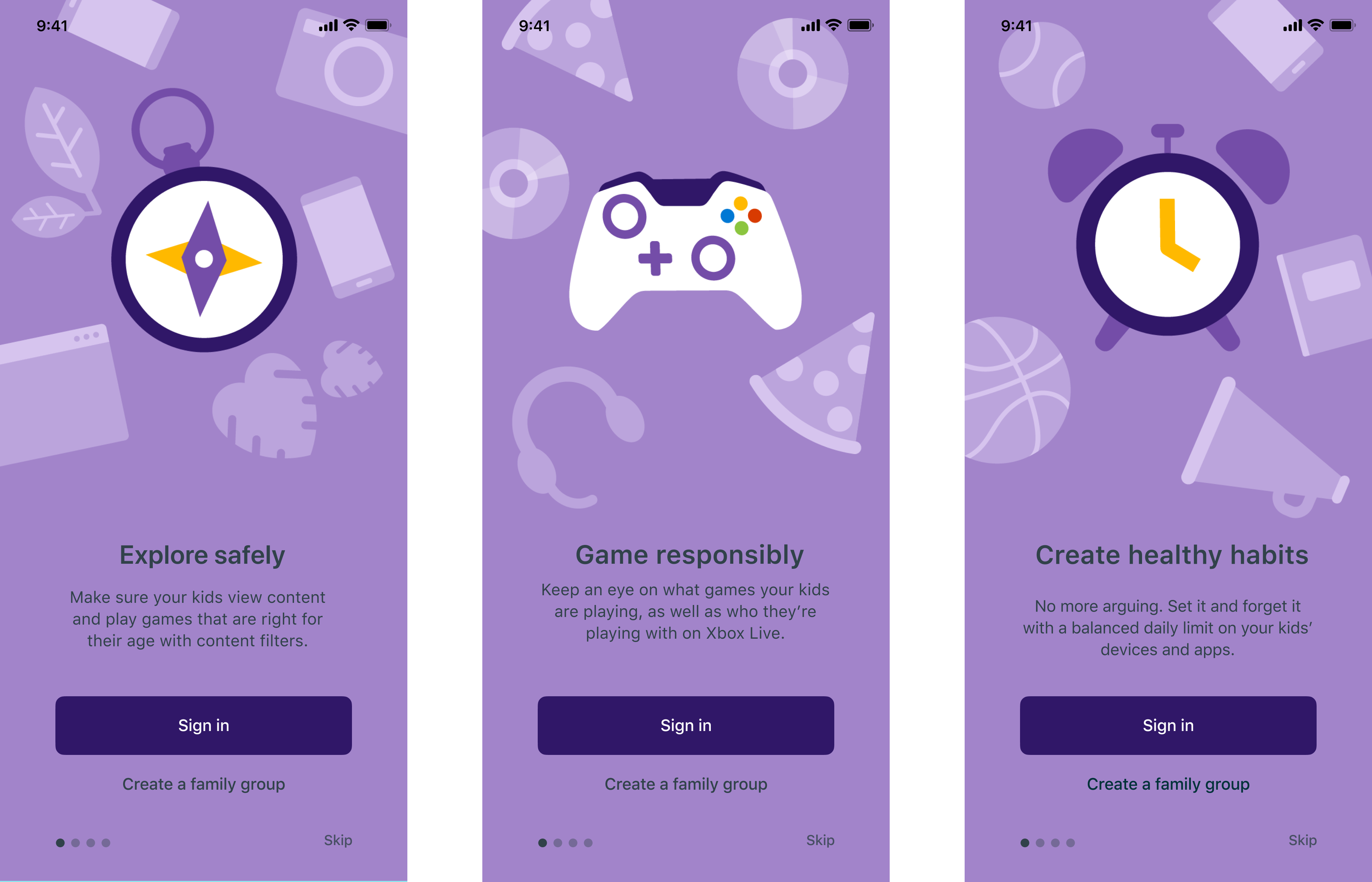